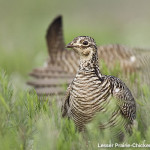 Hunters and Birders, Not Mutually Exclusive

Hunters and birders have more in common than might be assumed. Both support the conservation of wetlands and other bird habitat. Some people even identify themselves as both a hunter and a birder, as well as a conservationist. Yearly purchase of the Duck Stamp is an excellent way to actively support bird conservation. 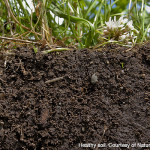 Scott Gonnerman started no-till practices in 2005 and began cover-cropping his east Nebraska fields in 2009. He says he used to think of the soil simply as dirt. But he’s seen with his own eyes how infiltration has improved in step with a healthier ecosystem immediately below the soil surface. 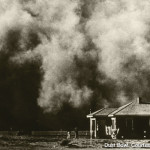 No event did more to emphasize the severity of the erosion crisis than the Dust Bowl affecting High Plains states beginning in the early-1930s. Maintaining healthy soils is one way to prevent a similar disaster. We consider modern practices that build healthy soil.

Over its 80-year history, the federal government’s Farm Bill refined soil, water and habitat conservation programs. Along the way, its strategy changed from “let’s see how many we can sign up” to a more focused “best bang for the buck” approach to conservation, funding programs to conserve fragile landscapes. This episode examines programs available from the Natural Rescources Conservation Service offering landowners monetary incentives to place qualified land under long-term or permanent conservation easements.

When Denver physician and sportsman Kent Heyborne bought land in northeast Colorado, his intent was to leave it undeveloped as bird habitat. But, working with Ducks Unlimited along the South Platte River, he created a water-conservation project resulting in neighboring farms gaining additional irrigation credits. By putting the land under perpetual easement, he created a development-free zone spanning from one wildlife park to another, ensuring a corridor of waterfowl habitat several miles long. Plus, he earned state and federal tax credits along the way.

More than half of western Great Plains farmers are near retirement age. Many are considering conservation easements as a way of protecting the land from development and subdivision long after they’re gone. The federal government, through USDA programs, negotiate easements on land meeting conservation requirements. Other organizations, called Land Trusts, have been created specifically for contracting with landowners to protect land from future development. Learn about the functions of land trusts and what they’re able to accomplish in this episode. 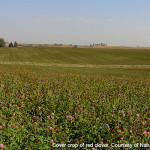 Nebraska farmer Bill Volkmer describes himself as an “old farmer.” But this old farmer is willing to learn some new tricks. He started planting cover crops in 2011. Cover-cropping — the practice of keeping fields covered between cash-crops — leads to a healthier, more bio-diverse soil and better crop productivity, which directly helps the bottom line. By selecting specific plants, from amongst the broadleafs, the grasses and the legumes, producers can improve their soils. By keeping soil covered, there’s less evaporation, and when it’s windy, there’s less loss of topsoil. 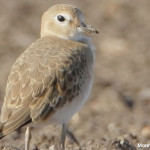 This year, 2016, marks the centennial of the first Migratory Bird Treaty, which the United States signed with Great Britain on behalf of Canada. That treaty and the three that followed — with Japan, Russia and Mexico — form the cornerstones of our efforts to conserve migratory birds, like the Mountain Plover. The Mountain Plover is full of contradictions. It’s a shorebird — but most spend little time at the beach. The word “mountain” is in its name, but it’s a native of the shortgrass prairie. They also love to feast on insects, especially during the breeding season, which is helpful to crop producers.

Dave Hilfterty grows dryland winter wheat and irrigated corn in Perkins County, Nebraska. Dave had a challenge that was perfect for a Wetlands Reserve Easement. Amongst his five irrigation circles there’s a lagoon, which he got tired of trying to farm through.