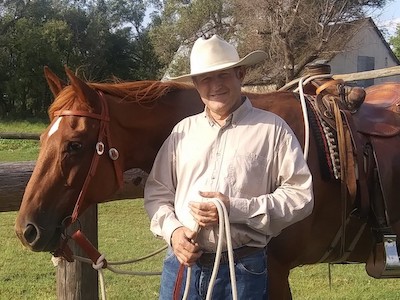 PLJV welcomes long-time conservation partner Matt Smith as our new Conservation Delivery Specialist. Starting on September 16, Matt will be supporting partners in Colorado, Kansas and Nebraska in delivering conservation programs for playas, grasslands, and other priority bird habitats, with an emphasis on Farm Bill programs. USDA conservation programs provide significant funding for improving priority wildlife habitat, and Matt has spent the greater part of his career translating those opportunities into habitat. In addition to having over 25 years of experience working on private lands in Kansas, he has been collaborating with PLJV and our partners for many years and served on our Management Board for the past four years, including the last year as board chairman.

“After working closely with Matt as a Kansas state agency partner and board member, I’m particularly excited about bringing his leadership skills and Farm Bill expertise to the larger partnership,” says PLJV Coordinator Mike Carter.

Since 1993, when he graduated from Pittsburg State University with a degree in Fish and Wildlife Management, Matt has been involved in all aspects of conservation work on private lands — from sitting at the kitchen table with landowners and “kicking dirt” with them in the fields to helping shape wildlife policy in the Farm Bill. He began his career with the Kansas Department of Wildlife, Parks and Tourism (KDWPT) as a biologist technician where he worked directly with landowners on habitat projects. He later served as a district biologist working with NRCS at the regional and state level, a regional wildlife supervisor, and the Farm Bill coordinator.

Early in Matt’s career, he realized that it takes partnerships and funding to effect real change on the landscape. “The only way conservation programs are successful is if they meet the needs and objectives of landowners,” says Matt. “PLJV takes the right approach in listening to learn about those needs and then brings together the resources and partners to achieve habitat goals in a way that benefits people.”

According to Matt, his approach to life and work is strongly shaped by his study of horsemanship: “Being able to adjust to fit the situation is the first lesson of being a horseman. The life lessons taught to us by the horse are significant, but we have to be willing to listen and hear the truth, which may be hard to accept at times, but we’ll be better for it.”