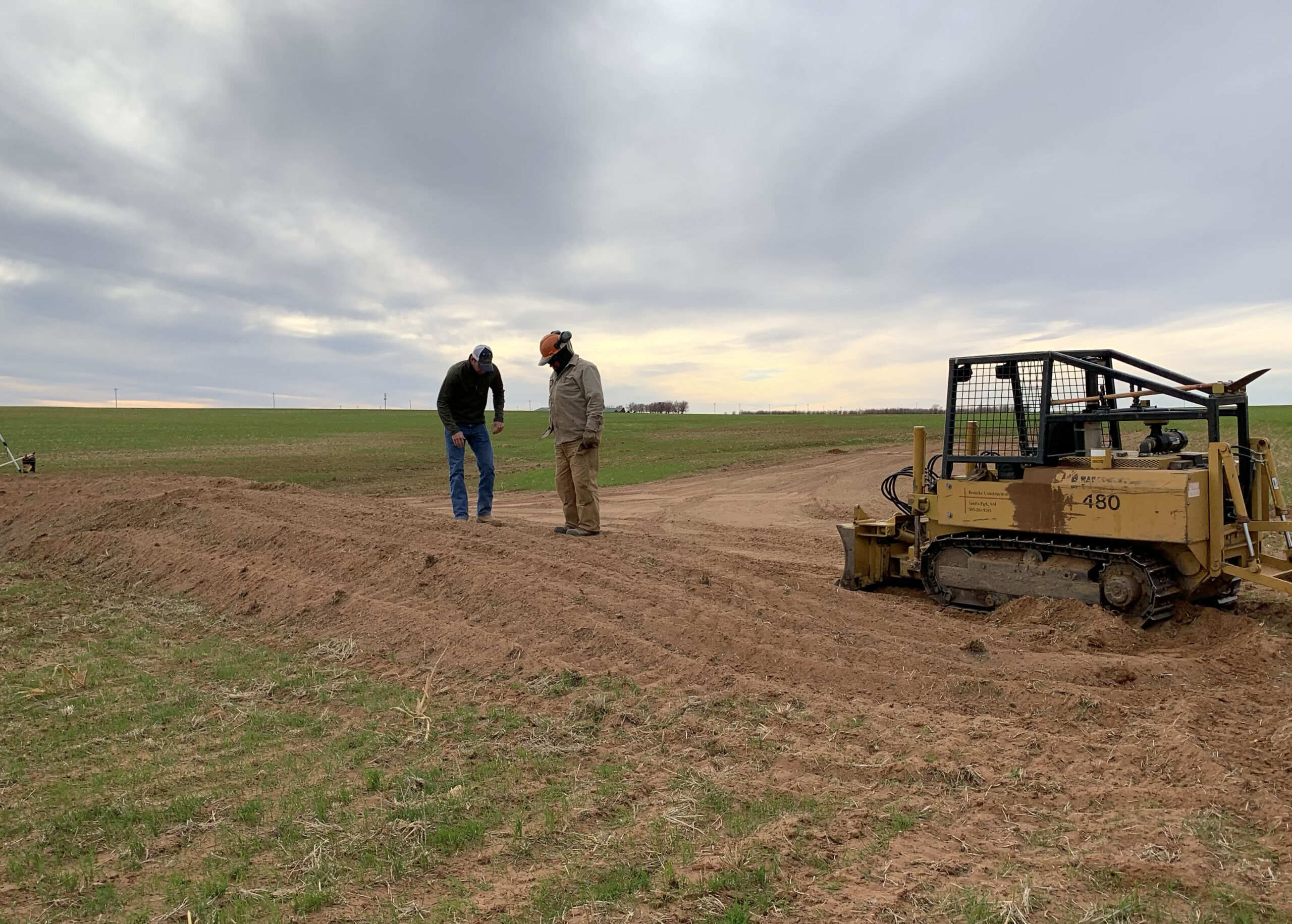 The New Mexico Department of Game and Fish (NMDGF) and PLJV are developing an overarching playa conservation strategy in eastern New Mexico that builds on many years of education and outreach efforts in Curry and Roosevelt counties. This strategy has already resulted in a large number of restored playas, with more expected as the effort is broadened to include other counties.

Since March 2020, 18 playas have been contracted for restoration or had restoration projects completed. In total, 308 acres have been restored, which includes both the restored playas and surrounding grass buffers. An additional 218 acres are currently under contract to be restored in the future.

“It’s exciting to see the program expanding geographically, as it benefits both wildlife and people,” said Elise Goldstein, Assistant Chief of the Wildlife Section at NMDGF. “Restored playas provide habitat for a tremendous diversity of species; if the playas start holding water more often, the entire ecosystem flourishes. Aquifer depletion is also a very real concern for communities in eastern New Mexico and the recharge benefits from playas is a very big piece of the conversation.”

By focusing on playa restoration, NMDGF has been able to expand work into the eastern part of the state and onto private lands.

“Typically, NMDGF mostly works on public lands, but playas are usually found on private lands,” Goldstein said. “I’m excited about doing work in an area of the state where we haven’t been able to engage as much in the past.”

Having the capacity to expand the playa work is due in large part to a continuously growing partnership. Soil and Water Conservation Districts, such as Central Curry and Southwest Quay, are playing an important role in this effort, and the partners are starting to collaborate with additional Conservation Districts as the effort grows.

In the last five months, PLJV and Conservation Districts in Curry and Southwest Quay counties have promoted playa and grassland conservation to over 250 landowners through newsletters, direct mailings and in-person visits. In recent weeks, contracts with three ranchers to restore over 100 acres of playas and grass buffers have been put in place.

Anna Stearns, a private lands wildlife biologist funded through Bird Conservancy, NMDGF, NRCS, and Thornburg Foundation has been working in eastern New Mexico to aid in NRCS activities that conserve grassland habitat. As part of her role, Anna works with private landowners, land managers and resource professionals to coordinate the restoration of playas in eastern New Mexico, such as a five-acre playa on the Kiowa National Grasslands in Harding County.

This month, NMDGF also hired a private-lands biologist, Jena Nierman, to work in southeastern New Mexico, and some of the work Jena does will involve targeted outreach and playa restoration.

“I’m looking forward to continuing to expand and use what we learn here to develop similar programs in additional locations in eastern New Mexico,” Goldstein said.