The last week in February, a group of landowners gathered in Roosevelt County, New Mexico to watch fire management teams burn 1,700 acres of land. The event was part of a prescribed burn in the area, meant to mitigate the effects of wildfires while also creating ideal habitat for Lesser Prairie-Chicken and other grassland birds and wildlife.

“Prescribed fire is a prescription to burn this area with minimal damage.”

“This land hadn’t been burned in years, and when a fire sparks unintentionally, you have something that causes destruction. But prescribed fire is a prescription to burn this area with minimal damage,” said Gwen Kolb, state coordinator for New Mexico Partners for Fish and Wildlife, who facilitated the burn. “Two months later I had landowners telling me there were birds that came back to the area really quickly because it needed to be burned.”

“Wildlife doesn’t care about land ownership boundaries,” Kolb said. “Prescribed fire allows us to take it back to a stage that wildlife can actually use.” 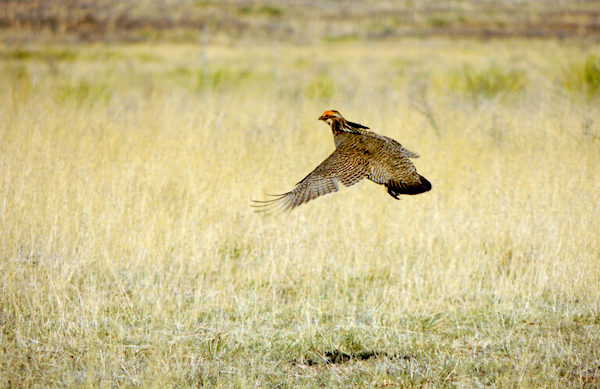 This particular burn focused on improving habitat for Lesser Prairie-Chicken.

Prairie grouse like Lesser Prairie-Chicken tend to avoid vertical structures, according to Scott Carleton, chief of the Division of Migratory Birds for Region 2 for the U.S. Fish and Wildlife Service, who was part of a research team that tracked the movements of Lesser Prairie-Chicken over a few years.* Through this data, their team found that the birds rarely, if ever, ventured into mesquite-ridden habitat and typically avoided it altogether.

“Across the southern great plains, woody plant invasion is one of the biggest threats to grassland persistence,” Carleton said, adding that if the best habitat for Lesser Prairie-Chicken is to be created, the invasive woody shrubs have to be completely removed.

“Across the southern great plains, woody plant invasion is one of the biggest threats to grassland persistence.”

Prescribed burns can be especially important in the process of reducing the encroachment of shrubs such as mesquite.

“Mesquite removal and fire are all tied together. We have techniques for how to remove it and create habitat for Lesser Prairie-Chicken, but you’ve got to couple that with some sort of management techniques to keep it out,” Carleton said. “Otherwise, if you stop doing what you’re doing, in another 50 years it would all be back in there again.”

On its own, prescribed fire does not have much impact on mesquite. But tied in with other management practices, it can be very effective. 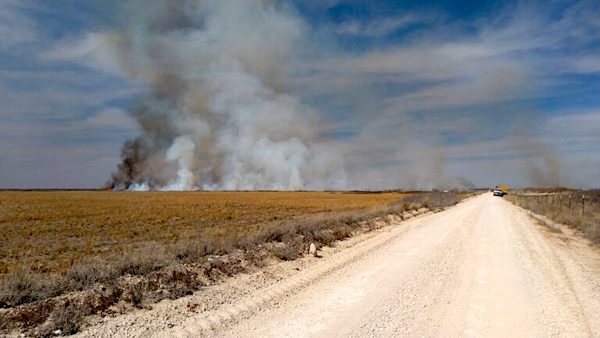 “With flashy fuels like grasses that ignite and burn quickly and keep the fire moving rapidly, it doesn’t have the time to sit there and heat up the mesquite to burn it down,” said Randy Howard, a biologist with the Bureau of Land Management who worked with Carleton on his research. “But that’s why we use chemical treatments and then once we get it knocked back with chemicals, we can maintain it with fire.”

Howard said the use of prescribed fire has been growing among the community and becoming more popular and understood. Many locals are nervous about setting fires because previous wildfires have devastated the land. But once landowners have a chance to see a controlled burn and how it results in vegetation, habitat and wildlife, they begin to appreciate the benefits.

“Hopefully that carries on and one day we hope to see some of our ranchers out there doing some prescribed fires as well,” he said. “Removing mesquite through prescribed fire is strictly to benefit the health of the land. The reason the mesquite has encroached the way it has is because of humans, so it’s our job to try to push that back.”

This video from New Mexico Department of Game and Fish shows the day-of process of a controlled burn.