Nebraska’s rainwater basin region is beneath the Central Flyway, used by tens of millions of birds migrating to the prairie pothole regions of the Dakotas, Canada and beyond to nest and mate. Modern ag-production imperatives have reduced the number of basins. This episode discusses the importance of the basins to migrating birds. They rely on the lush habitat of the region as a rest-stop to sustain them for the duration of their journey to their nesting grounds. 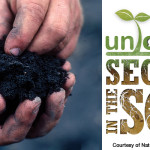 South-central Nebraska producer John Kinley has a three-acre rainwater basin in a crop field. He uses progressive practices such as no-till production and cover cropping. Even though he farms through his wetland, no-till leaves the rainwater basin with cover year-round, and it now attracts ducks and geese as they migrate.

Jerry Stevens enrolled in the Rainwater-Basin Wetlands Reserve Enhancement Program, which restores and protects wetlands in fields under production by allowing center pivots to cross the rainwater basins. It’s win-win. The program protects a wetland, and allows the producer to farm the circle around it.

Duane Cheney, from the Kansas Alliance for Wetlands and Streams, talks to landowners and operators in western Kansas about the benefits of enrolling playas in a Wetlands Reserve Easement or the Continuous Conservation Reserve Program, thereby taking those “mudholes” out of production and converting them into wonderful wildlife habitat that also helps recharge the […]

Realizing the importance of the Ogallala Aquifer to High Plains states, the Natural Resources Conservation Service created the Ogallala Aquifer Initiative to attempt to reduce the quantity of water removed from the aquifer, improve water quality using conservation practices, and enhance the economic viability of croplands and rangelands in the region. This episode explains how playas fit into these goals.

Laurel Badura, wildlife biologist with the U.S. Fish and Wildlife Service’s Partners for Fish and Wildlife Program, found incentive funding allowing ag producer Bart Jacobson to renovate and conserve a rainwater basin on grassland that’s grazed by cattle and sheep under aggressive management. Jacobson is pleased with the results and credits Badura with arranging funding and managing the details of the partnerships, which drove the project forward.

A 21-county area of south central Nebraska is home to thousands of rainwater basins, which are identical in function to the playas of the southern plains, but formed by different natural forces. In addition, these basins hold water longer than the playas to the south, providing lush plant and invertebrate life for migratory birds on their way north in late-winter to nest. The region has been losing rainwater basins, but efforts are underway to work with landowners to guard these wetlands for bird habitat.

Ensuring the Future Through Education

It’s all about educating people about the care and preservation of the Ogallala Aquifer. Science now understands that the more than 75,000 playa lakes on the High Plains recharge the aquifer. So maintaining playas is vital. Federal farm policy helps achieve that. Money to cost-share conservation projects is available from the Natural Resources Conservation Service. Money also is available to take wetlands, such as playas, out of production.

Southeast Colorado rancher Grady Grissom received help to restore one of his playas, which had been pitted. After the pit was filled and a perimeter of native grass seeded, playa vegetation returned — and so did the birds.